Shaliza: Hello and good evening, everyone! Hope you all had a happy, hump day! 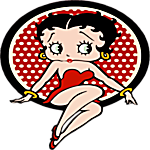 andie: Happy Valentine Day's Eve Everyone !!! One of my favorite holidays. All I want is is single rose...like my husband did when we were younger and broke. Very broke. I think that is the most romantic present I have ever received.

andie: Happy Valentine's Day to everyone here. May you all have a memorable lovely day.

Shaliza: That sounds lovely and romantic, andie! Glad you had a wonderful Valentine's Day!

Shaliza: Hello and good evening, everyone. Hope you all had a great Friday!

Shaliza: Good evening, everyone. Hope your Saturday is winding down well!

Shaliza: A warm welcome to our newest member, skyfire!

Shaliza: Nice to have you with us, skyfire. Hope you enjoy sailing the high seas with us!

Shaliza: I'm off to sleep, crew, since I'm feeling very tired. Will be back to play tomorrow!

skyfire: I found the solution as well.